Teaching Religion(s) and Spirituality at a Friends School and Elsewhere — Sun, Dec 10 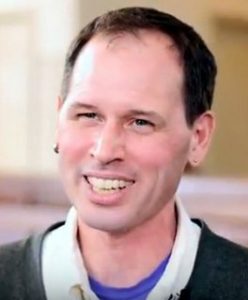 Tom Hoopes, teacher of world religions, peace studies, and holistic health at George School, will present on the theme of “Teaching Religion(s) and Spirituality at a Friends School and Elsewhere” at 9:45 a.m. on First Day (Sunday), December 10. Traditional Quaker meeting for worship based on expectant silence will follow at 11:00 a.m. The public is invited to all events.

Hoopes has been teaching at George School in Newtown for ten years. He serves as head of the Religions Department, head of the sophomore boys dormitory, faculty sponsor for the Student Council, and head coach of the junior varsity boys lacrosse team. He has led service learning trips to Cuba and Nicaragua, and coordinated the successful effort to keep an early childhood center on the George School campus. He is also the father of two current George School students, and, in the historic tradition of Quaker integrity and candor, says he “keeps finding some new trouble to get into.”

For the ten years prior to coming to George School, Tom served as the Director of Education of Philadelphia Yearly Meeting, the umbrella unit for the 12,000 Quakers in the Mid-Atlantic region. In that capacity, Hoopes co-authored the first edition of the Governance Handbook for Friends Schools with Irene McHenry of the Friends Council on Education.

Hoopes is the clerk of the board of Plymouth Meeting Friends School and continues to consult to other Friends school boards. He also includes as part of his professional background “stints as a high school Assistant Principal, summer camp Program Director, teacher of Spanish and computer literacy, convenience store clerk and waiter.”

Recently Hoopes appeared on the Quakerspeak YouTube channel, with a video entitled, “Teaching Religion in a Friends School.” Tom wants people to know that he “self-identifies as Quaker.” He is then is quick to add that “this seemingly-staid label is really just a starting point for a conversation about an on-going spiritual adventure, drawing from studies of astrology, Joseph Campbell, Martin Buber, Starhawk, Bob Dylan, Tibetan Buddhism, feminism and gender theory, as well as hitch-hiking across the United States.”

Tom Hoopes graduated from George School in 1983, and has degrees from Yale University and the University of Washington, Seattle. He lives with his spouse, Beth, their children Jacob and Joseph, their dog Remy and cats Cleo and Celia, on the campus of George School.