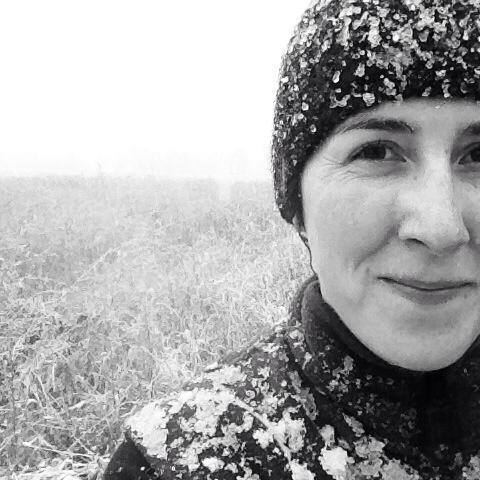 Irina Vladimirovna Dmitrenko, a member of Newtown Quaker Meeting and educator, will speak about her Spiritual Journey, Running into Silence, at the Newtown Quaker Meetinghouse, 219 Court Street, at 9:45 a.m. on Sunday, January 21, 2018.  Following the presentation, there will be worship in the manner of Friends at 11:00 a.m., with people speaking out of the silence as they are moved to do so. The public is welcome at all events.

The full title of Irina’s talk will be: Running into Silence: A Century of Atheism and a Personal Journey to Becoming a Quaker.

Irina was born in Russia in the city of Voronezh and moved to the United States in 2000 after the break-up of the Soviet Union, “intrigued by the opportunities for personal independence in America.”

Irina said she was baptized as an infant in the Russian Orthodox Christian Church, “baptized in a different town secretly like everyone else’s baptism in my family since the church was in exile in the USSR at that time.”

Irina first became interested in Quakerism a year ago when considering a Friend’s School for her five-year-old daughter, Mishka, who is now enrolled in kindergarten at Buckingham Friends School, Buckingham, PA. “I had an instant deep connection from the first Quaker meeting I attended. As I learned more about the religion through workshops and literature, and engaged with members of the Newtown Quaker Meeting community, I felt immensely fortunate to have finally found the home of worship I never had that mirrored my personal beliefs. I applied for membership for myself and my daughter in Newtown Friends Meeting 6 months later, was accepted into membership, and currently enjoy attending the meetings for worship and First Day School (Sunday School) with my daughter.”

Irina Dmitrenko is also an ultra-marathoner or ultra-runner – her longest run being 50K (31.07 miles), longer than a traditional Marathon of 26.2 miles. Irina said,”I prefer a trail to roads. It’s a wonderful way to spend time outdoors. I run a lot less these days considering the demands of a life of a single parent, but that’s another story to tell. I am going to talk about my experiences running as a part of my Spiritual Journey since running was a big part of how I began looking for more silence in my life.”

Irina Dmirenko received a B.A degree in World History with a minor in English and a M.A. in World History from Voronezh State University, Voronezh, Russia. She completed the Graduate-Level “Teacher of Students with Disabilities” Certification Program at Rider University in Lawrenceville, NJ, and has a MA in the Graduate-Level “Teacher of English as a Second Language” Program at Teachers College of New Jersey in Ewing, NJ.

Newtown Friends Meeting, co-founded by the Quaker artist and minister, Edward Hicks, in 1815, holds services every First Day (Sunday). During the school year, First Day classes for children and adults are at 9:45 a.m. and Meeting for Worship is at 11:00 a.m. Professional childcare is provided. Child Care is provided, and coffee and snacks are served in the Gathering Room after meeting for worship. All meetings are open to the public and visitors are warmly welcomed.