Skip to content
Home Adult Class Dan Crofts, Award-Winning Author of Lincoln and the Politics of Slavery to Speak in Adult Class, Feb 11

Dan Crofts, Award-Winning Author of Lincoln and the Politics of Slavery to Speak in Adult Class, Feb 11 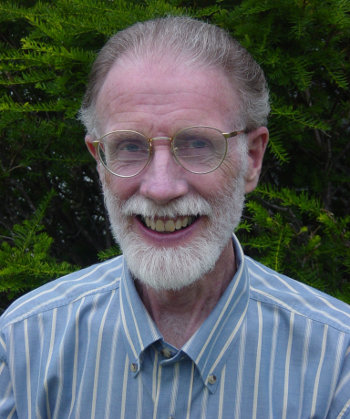 Daniel W. Crofts, Professor of History Emeritus at The College of New Jersey, will speak on Confronting the History of the Civil War Era at the Newtown Quaker Meetinghouse, 219 Court Street, at 9:45 a.m. on Sunday, February 11, 2018. Following the presentation, there will be worship in the manner of Friends at 11:00 a.m., with people speaking out of the silence as they are moved to do so. The public is welcome at all events.

Dan’s talk will recount why he began to study history, what he has learned over the years, and how this knowledge helps us to understand the country we live in today. “The United States today is a different and better place to live than when I was young,” he notes. “It is more diverse, more open, and more tolerant. The struggle for equality commands broader support than ever before. And we have today, I hope, a far better understanding of our country’s complex, bittersweet history.”

Crofts has written extensively about the North-South sectional crisis that led to the Civil War. His books include Reluctant Confederates: Upper South Unionists in the Secession Crisis (University of North Carolina Press, 1989), Old Southampton: Politics and Society in a Virginia County, 1834-1869 (University Press of Virginia. 1992), and A Secession Crisis Enigma: William Henry Hurlbert and “The Diary of a Public Man” (Louisiana State University Press, 2010). He also made many contributions to the New York Times blog “Disunion.”

Dan’s newest book, Lincoln and the Politics of Slavery: The Other Thirteenth Amendment and the Struggle to Save the Union (University of North Carolina Press, 2016), was awarded the 2017 University of Virginia’s Nau Book Prize in American Civil War Era History. “Crofts illuminates the little-known attempt in early 1861 to pass a thirteenth amendment that would have prevented Congress from interfering with slavery,” the judging committee reported. Before the war started, Lincoln tried to reassure the South that he posed no threat to slavery in the states where it already existed. Only when he found himself enmeshed in a bloody and inconclusive conflict did Lincoln decide to expand Union war aims to include emancipation. The committee selected Lincoln and the Politics of Slavery unanimously, finding it to be “the most original and compelling of the entries in a very strong pool of titles for this year.”

Newtown Friends Meeting, co-founded by the Quaker artist and minister, Edward Hicks, in 1815, holds services every First Day (Sunday). During the school year, First Day classes for children and adults are at 9:45 a.m. and Meeting for Worship is at 11:00 a.m. Professional childcare is provided. Child Care is provided, and coffee and snacks are served in the Gathering Room after meeting for worship. All meetings are open to the public and visitors are warmly welcomed.