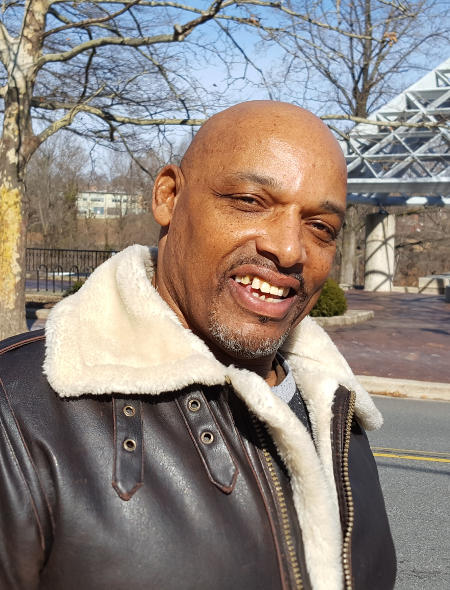 Earl Rice will tell his story, “Forty-three Years in Prison,” at 9:45 a.m. Sunday, April 22 at the Newtown Quaker Meetinghouse, 219 Court Street. Following the presentation, there will be worship in the manner of Friends at 11:00 a.m., with people speaking out of the silence as they are moved to do so. (http://newsite.newtownfriendsmeeting.org).

Late one night in West Chester in 1973, Earl Rice, then 17, snatched a purse from a 61-year-old woman. A few days later, hearing that the police were looking for him, he walked to the station and fully confessed to the robbery.

At that time he learned that the woman had died from injuries from her fall and that he would be charged with homicide. He was convicted, sentenced to “life without parole,” and spent the next 43 years in prison.

Because of his age at the time of the crime, he has been released in the wake of the Supreme Court decision, Montgomery v. Alabama, in 2012 that declared mandatory life sentences for juvenile offenders “cruel and unusual punishment.”

When Rice was locked up, lifers often served only 10 or 15 years before their sentences were commuted. From 1971 to 1978, Pennsylvania Governor Milton Shapp commuted 251 life sentences By contrast, from 1995 to 2015 only seven lifers received commutations.

Rice has called his sentence “death by incarceration.” But he kept hope that he would someday be released. He got his diploma and trained as a plumber and a butcher. He volunteered to speak to at-risk youth with the Police Athletic League and helped Drexel students make a film urging kids to stay on track. And over a decade, hundreds of students from Bucks County Community College met Earl for small group discussions in their visits to Graterford.

By all accounts, Rice lived a commendable life in prison. In 1992 he was one of three inmates who physically stopped a violent group of prisoners from brutally beating four guards. He took classes in refrigeration and cared for dying inmates in the prison hospice.

Just months after Earl’s arrest, his daughter was born. Over the decades he has enjoyed a close relationship with grandchildren, nephews, and nieces but especially with his daughter, Crystal Twyman, who told a reporter that “my father is my best friend.”

Rice will talk about his youth, the decades of incarceration at Graterford maximum security prison, the criminal justice system, and answer questions from the audience.

Quakers have historically been pioneering activists regarding prison reform, mass incarceration and capital punishment and the public is invited to join them and hear Earl’s powerful story.