Brad Sheeks, to Give His Spiritual Journey in Adult Class, April 15 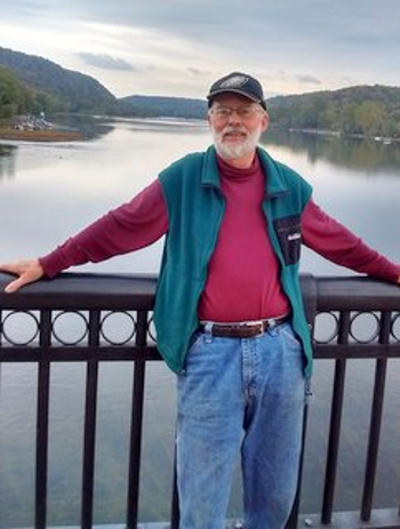 Brad Sheeks, a member of Newtown Quaker Meeting and former Presbyterian minister, will share his Spiritual Journey, “The Hero’s Journey.” at 9:45 a.m., Sunday, April 15 at the Newtown Quaker Meetinghouse, 219 Court Street. Following the presentation, there will be worship in the manner of Friends at 11:00 a.m., with people speaking out of the silence as they are moved to do so (http://newsite.newtownfriendsmeeting.org).

Sheeks grew up in northern Minnesota, the last generation of a farm family that traces back through Iowa and Indiana to Berks County, Pennsylvania, to a probable ancestor, Christian (Schick) Sheek who was born in Germany and immigrated to America on the ship Beulah, arriving in Philadelphia, PA Sept. 10, 1753.

After graduating from the University of Minnesota, Dubuque Theological Seminary and Princeton Theological Seminary, Brad Sheeks served as a Presbyterian minister in Atlantic City, New Jersey, in the 1960s. In 1971 he married a Quaker, Pat McBee, and joined the Religious Society of Friends.

Brad Sheeks worked in Philadelphia as a therapist in a drug addiction treatment program until their daughter, Jennie Sheeks, was born in 1977 after which Brad became a house husband and started a private family counseling practice, having completed training at the Family Therapy Institute of Philadelphia.

With Pat McBee, Brad co-led couples’ enrichment programs sponsored by Friends General Conference for many years. He and Pat McBee also co-founded the University City Montessori School which Brad Sheeks served as its Director from 1980 to 1990. In 1995, Sheeks graduated from nursing school at Thomas Jefferson University in 1995 and worked as an RN until retirement from hospice nursing in 2014 completing 50 years of professional activity.

Brad and Pat moved to Newtown in 2016 to be near daughter, Jennie Sheeks, and her family who live in the caretaker’s cottage at Makefield Meeting. They transferred their membership from Central Philadelphia Monthly Meeting to Newtown Friends Meeting in 2016.