Couple Married 72 Years to Speak About Their Spiritual Journey in Adult class, Sept. 18 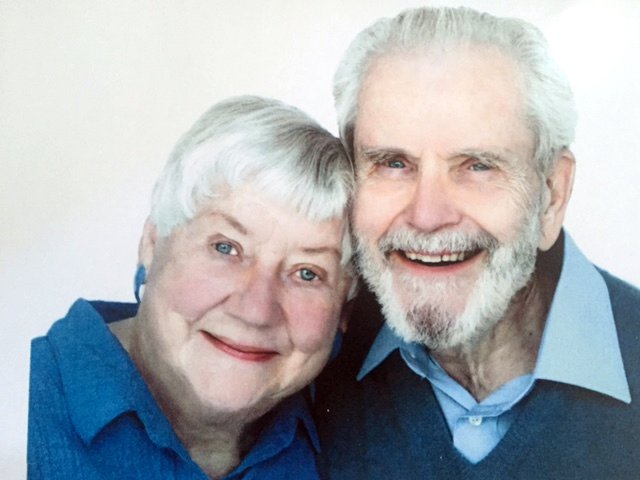 Charley and Ruth Peterson of Newtown will talk about their marriage of 72 years and their spiritual journey at the Newtown Quaker Meetinghouse, 219 Court Street, Sunday, September 18 at 9:45 AM. Meeting for Worship in the manner of Friends will follow at 11 a.m. The public is invited to all events.

Charley and Ruth Peterson say they will discuss their marriage as “a work in progress” and share some of the wisdom they have gathered along the way. They also will share some questions developed in Abington Friends Meeting for couples to use in exploring their own relationships.

Charley and Ruth Peterson live at Pennswood Village in Newtown. They are members of Abington Friends Meeting and have had oversight of several Quaker weddings. They have also been part of a group of married couples that meets periodically for a potluck and sharing about what is happening in their respective marriages. This reflects the Quaker tradition of “continuing care” by a Quaker Meeting for couples and their marriages.

When Charley and Ruth Peterson had a semester sojourn at Pendle Hill, the Quaker Study Center in Wallingford, PA, they said their final project was a paper about their marriage, “warts and all.” Ruth has also written an article on marriage published in Friends Journal, the international Quaker monthly published in Philadelphia.

Charley Peterson retired from Temple University School of Pharmacy twenty seven years ago. He is a lifelong advocate for peace, often writes letters to the press, and is working on the elimination of nuclear weapons. He is also former president of and actively involved in the Bucks County United Nations Association,

Ruth Peterson describes herself as a “nuts and bolts” person, using her practical and personal talents in many activities in her Quaker Meeting and at Pennswood Village. She has served on Yearly and Monthly Meeting committees, including being clerk of Abington Quarterly Meeting of Friends, and she was on the board of Friends Journal.

At this summer’s Annual Session of the 10,600 member tri-state Quaker umbrella group, Philadelphia Yearly Meeting, at Muhlenberg College, the Petersons were among several three-generation families attending and Charley was the oldest member present.