Skip to content
Home Adult Class Former Iranian to Speak on Islam on the Brink of Modernity in the Adult Class, Sun,. May 22

Former Iranian to Speak on Islam on the Brink of Modernity in the Adult Class, Sun,. May 22 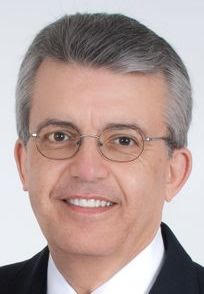 Reza Eghbal, member of Newtown Quaker Meeting and local retired businessman, will speak on Sunni and Shia Islam on the Brink of Modernity: Tenuous Tolerance, Canted Crossroads on first day (Sunday) May 22 at 9:45 a. m. at historic Newtown Friends Meetinghouse at 219 Court Street. Meeting for Worship in the manner of Friends will follow at 11 a.m. The public is invited.

Eghbal said, “I have been wrestling with Islam’s tenets for over 50 years now and would like to share just a handful of insights which have formed over the ensuing decades.”
Reza Eghbal was born in Iran and, when five years old, moved with his mother and his elder brother to post-WWII Berlin, Germany, shortly after his father’s death in Tehran in 1958.
Reza says, “As the years passed, I became exposed to many aspects of the European cultural and spiritual traditions, ranging from Roman Catholicism to the wide array of other religious traditions, which had evolved in the wake of the Reformation in the early 1500s. I tried to reconcile what I had heard and seen with the Sufi traditions, which had shaped much of my parents’ spiritual life. Years later, and almost by accident, I learned of the many parallels between Sufism and the Friends Faith (Quakers), separated only by the contingencies of time and place.”
After completing high school in Konstanz, Germany, Eghbal entered Georgetown University in Washington D. C. where he studied biology, history, economics and philosophy,

Reza Eghbal represented, in New Jersey and Pennsylvania, the Life Sciences Division of a U.S. technology company, responsible for many of the pharmaceutical companies and large medical schools which dot the landscape in the Delaware Valley. His wife, Magda, is ethnically Chinese and originally from Indonesia; she works as a financial advisor. They live in Bensalem and have two adult daughters.

Newtown Friends Meeting, co-founded in 1815 by Quaker minister and artist, Edward Hicks, First Day (Sunday) activities are open to the public with Sunday School classes for children and adults at 9:45 a.m. and worship based on silent expectation at 11 a.m. Childcare is provided.