Skip to content
Home Adult Class Will Reid, Peace Corps Volunteer and Political Scientist, to Speak to Newtown Quakers about His Spiritual Journey

Will Reid, Peace Corps Volunteer and Political Scientist, to Speak to Newtown Quakers about His Spiritual Journey 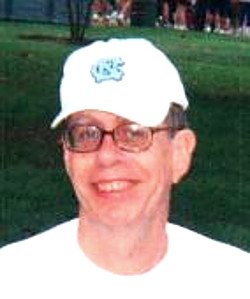 Will Reid, member of Newtown Friends Meeting, former Peace Corps volunteer, and Political Science Professor, will speak on Discovering I am a Quaker at the historic Quaker Meetinghouse, 219 Court Street, Newtown, Sunday, March 12 at 9:45 AM. Meeting for Worship in the manner of Friends will follow at 11 a.m. The public is invited.

Reid said, “The highlights of my talk will be a reflection on perspectives I have gained from a variety of people and experiences over my lifetime.”

Will Reid grew up in Illinois, Egypt, and Georgia. He graduated from the College of Wooster in Ohio and then joined the Peace Corps as a Volunteer in a small village in Brazil. He received his Ph.D. in Political Science from the University of North Carolina.

Reid served on the faculty of St. Mary’s College in Maryland, specializing in Latin American Politics and teaching a wide range of political science courses. He also worked professionally on a variety of projects, including ones in the New York Office of the American Friends Service Committee, recipient of the 1947 Nobel Peace prize “on behalf of all Quakers.”

Will Reid is a Resident of Pennswood Village, the Quaker retirement community on the edge of the George School campus in Newtown.