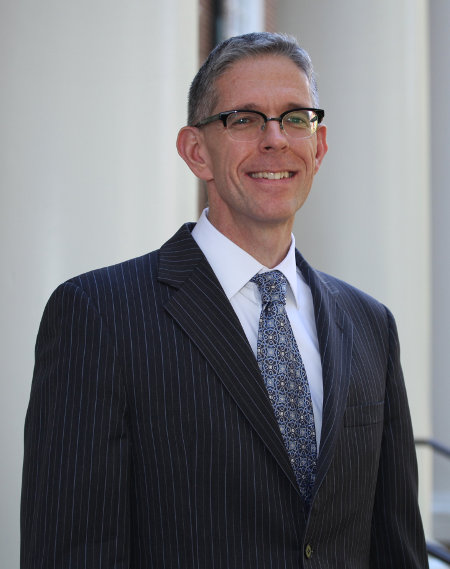 Sam Houser, classics scholar and the ninth Head of George School in 122 years, will speak about “George School: A New Head’s Perspective on the Present and Future” to the adult class at the Newtown Quaker Meetinghouse, 219 Court Street, on Sunday, April 23 at 9:45 a.m. Meeting for Worship in the manner of Friends will begin at 11 a.m. The public is invited.

Houser became Head of George School, August 1, 2016, having served most recently as Vice President for Strategic Initiative and Chief of Staff of Franklin and Marshall College.

George School, founded in 1893, is a Quaker co-ed college preparatory boarding and day school in Newtown known for its academics, the International Baccalaureate Diploma Program, Quaker values, and universal student requirements in athletics, the arts and community service. Its 529 students come from 23 states and 43 countries with a faculty/ student ratio of 1 to 7. Recent additions on its 240 acre campus include two widely acclaimed state-of-the art buildings: the Mollie Dodd Anderson Library and the 100,000 square foot Fitness and Athletic Center.

Sam Houser said, “I am honored to be Head of one of the best college preparatory schools in the country. George School graduates are highly respected among the country’s top colleges and are known to represent rigorous academics, strong character, and Quaker values. I’m constantly amazed by what our students achieve.”

Newtown Friends Meeting, co-founded by the Quaker artist and minister, Edward Hicks, in 1815, holds services every First Day (Sunday). During the school year, First Day classes for children and adults are at 9:45 a.m. and Meeting for Worship is at 11:00 a.m. Professional childcare is provided. All meetings are open to the public and visitors are warmly welcomed.