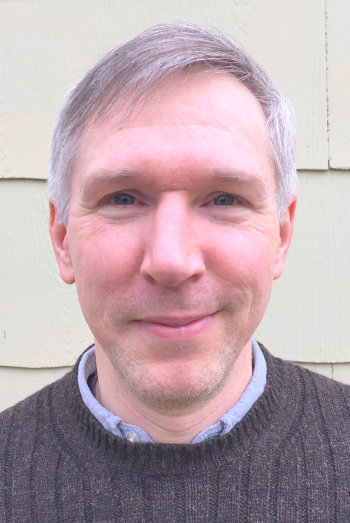 Professor Mark Krasovic of Rutgers will speak on The Remarkable War on Poverty in Newark” at 9:45 a.m. Sunday, February 14 in the Gathering Room at the Newtown Meeting. Quaker worship based on silent meditation will follow at 11:00 a.m. The public is invited to attend all events.

Mark Krasovic received his PhD in American Studies from Yale University in 2008
His first book, The Newark Frontier: Community Action in the Great Society, was published by the University of Chicago Press in 2016. It examines how the structures of 1960s liberalism – structures that brought together government officials, academics, and the people of Newark, NJ in new and complicated ways – confronted the perceived crisis of America’s cities.

The book is based on his PhD dissertation at Yale University which won Honorable Mention as a finalist for the American Studies Association’s Ralph Henry Gabriel Dissertation Prize. His research has been supported by the Lyndon Baines Johnson Foundation and the New Jersey Historical Commission.

Dr. Krasovic also serves as the Interim Director of the Clement A. Price Institute on Ethnicity, Culture, and the Modern Experience at Rutgers University-Newark.   He has served as the Newark coordinator for the federal Abraham Lincoln Bicentennial Commission, a facilitator for the New Jersey Council for the Humanities’ statewide film series, co-organizer of the Ironbound Environmental Justice History and ResourceCenter, and on the executive board of the Newark History Society

Mark Krasovic received his MA is from Michigan State University and his BA from Rutgers University.  Mark and his wife, Emily Meixner, Professor of English Education at The College of New Jersey, and their son, Efram, reside in Ewing, NJ.  Efram is in the 4th grade at Newtown Friends School, which is under the care of Newtown Friends Meeting.