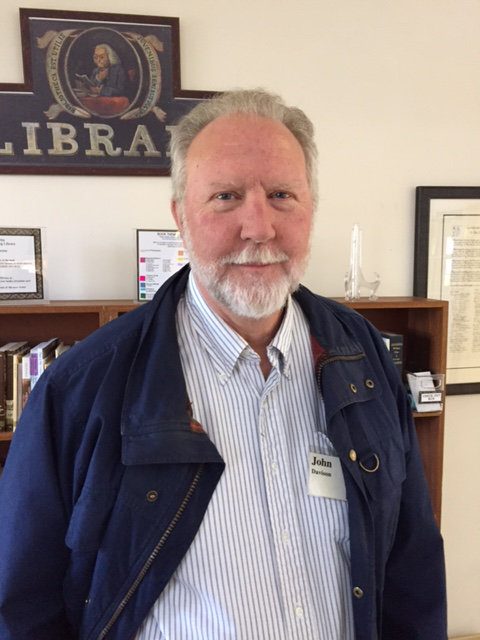 John Davison, retired George School History teacher, will speak Sunday, December 11 at 9:45 a.m. at the Newtown Quaker Meetinghouse, 219 Court Street, about the history and significance of the original “Penn Treaty Elm” and its great great grandchild now planted on the grounds of the Newtown Meetinghouse. Worship in the manner of Friends will follow at 11 a.m. The public is invited to all events. www.newtownfriendsmeeting.org).

In October 1682, William Penn made a pact of friendship with Chief Tamanend of the Lenni Lanape Nation under an elm tree in what was then known as Shackamaxon along the Delaware River just north of Philadelphia (now Kensington). The “Penn Treaty Elm” became famous during its lifetime. Benjamin West painted it in 1771; Voltaire spoke of it; poets praised it. When it fell during a storm in 1810, its wood was treasured and made into furniture and small keepsakes.

Fortunately, cuttings were taken from the giant elm during its lifetime and preserved. Around 1840, Haverford College, the Quaker college on the mainline, received a “grandchild” of the original and planted it on its campus. In 1942 this tree was recorded as being over 10 feet in circumference and ninety feet tall with a branch spread of over 120 feet. A cutting of this tree was obtained for Newtown Quaker Meeting by Meeting member and Haverford graduate, John Davison, and this great great grandchild of the original Penn Treaty Elm now has its own special plot on the spacious grounds of the 1817 Newtown Quaker Meetinghouse.

John Davison first became a member of the Religious Society of Friends in Washington D.C. (Florida Avenue Friends Meeting). He transferred his membership to Newtown Meeting in the late 1970s, when he began teaching at George School. Since retiring from the George School History Department in June 2012, Davison has been teaching English classes and citizenship classes for “Welcoming the Stranger,” a charity organization which provides services for immigrants throughout lower Bucks County. John Davison has a bachelor’s degree in history from Haverford College and a master’s degree from Brown University.