Jamal Elliott to Speak About Wissahickon Charter School in the Adult Class, Oct. 23. 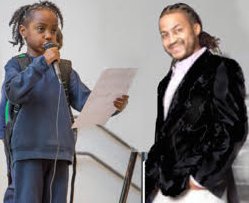 Jamal Elliott grew up in North Philadelphia and graduated from George School where he was a star basketball player. He continued his education and basketball career at Haverford College where he was a sociology major and graduated in ’96. He taught kindergarten at a Philadelphia charter school before working in admissions at Ursinus College. He received a Masters in Education from Arcadia University in 2009.

Jamal describes himself as “a long-time charter school proponent.” Starting out as a founder and kindergarten teacher at a charter school in West Philadelphia, he came to Wissahickon Charter School as Dean of Students in 2005.

The mission of the Wissahickon Charter School is “to provide a community of learning with an environmental focus that stimulates the child’s intellectual, social, and character development.” It is one of two charter schools in Philadelphia with an environmental focus and is a K-8 school with two campuses and 960 students, two classes per grade with 27 students in each class.

Jamal was promoted to Co-CEO and Dean of Students in 2007. He has overseen several new initiatives and helped guide Wissahickon Charter School through its second charter renewal and in 2014 he was the point person for the financing, construction, and project management for opening the schools’ second campus, a sprawling 49,000 sq foot facility which turned a brown field into a beautiful education campus for urban youth.

Jamal lives in Germantown with his wife Moneek, and three sons, Jamil, Jalil(twins), and Masai. In his spare time, Jamal enjoys playing and coaching basketball. He coached AAU basketball for Philly Triple Threat and has done so for the past seven years.