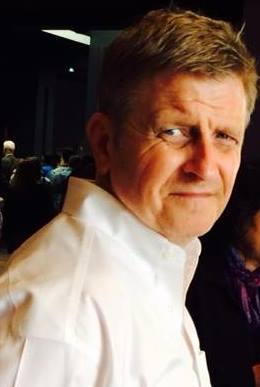 Drew Smith, Executive Director of the Friends Council on Education, will speak at the historic Newtown Quaker Meetinghouse, 219 Court Street on Sunday, January 22 at 9:45 a.m. His talk, entitled, “Your Child Will Retire in 2081,” will speak about the future of education and the role that the foundational principles of Quakerism will play in shaping curriculum not just in Quaker schools, but in schools of all kinds. The public is invited to attend.

Friends Council on Education is the Quaker education umbrella organization based in Philadelphia celebrating 328 years of Quaker education in the United States, including some of the country’s first schools. The Friends Council currently includes 78 member Quaker schools in 22 states with 20,000 students, 4,900 faculty and staff, and 1,160 Trustees and Boards members.

Among the Quaker schools outside Bucks County are Penn Charter, the fifth oldest school in the country founded in 1689 inPhiladelphia, and Sidwell Friends School in Washington D.C. Sidwell Friends School is well known as the school of choice by the children of several US Presidents, including Theodore Roosevelt, Richard Nixon, Bill Clinton, and Barack Obama.

Smith will speak about how the practices of deep listening, silent worship, and developing a “loving community,” all essential practices in Quaker schools for 328 years, are even more relevant in the schools of today. Smith believes that Quaker schools and Quakers need to be leaders in ethical education in the 21st century.

Drew Smith has been a member of the Religious Society of Friends for 41 years and is currently a member of Haddonfield Quaker Meeting (NJ). Drew attended Earlham College, and the University of Pennsylvania. His 25 years of professional experience in Quaker education includes being Head of School at Mullica Hill Friends School (NJ), former trustee at Westtown School and Moorestown FriendsSchool, a member of the Committee on Friends Education and as a board member of the Association of Delaware Valley Independent Schools. He is also a founding board member of Friends Mutual Health Group.

Newtown Friends Meeting co-founded by “Peaceable Kingdom” painter and Quaker minister, Edward Hicks, in 1815, is open to all who wish to attend. Regular First Day Education classes (Sunday School) for all ages begin at 9:45 a.m. and Meeting for Worship begins at11 a.m. Childcare is provided.