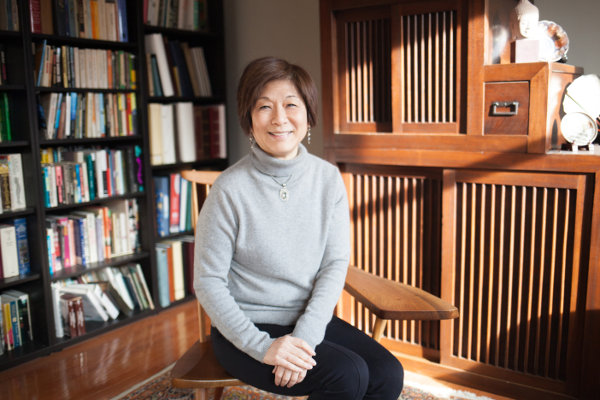 Chiyo Moriuchi is a member of Newtown Quaker Meeting and the daughter of Takashi and Yuriko Moriuchi who were among the over 110,000 American citizens of Japanese descent incarcerated in prison camps in the United States during World War II. She will talk about her family’s experience during the war at the Newtown Friends Meetinghouse, 219 Court Street, Sunday, October 9 at 9:45 a.m.

Following the presentation, there will be Meeting for Worship at 11 a.m. with coffee and snacks served afterwards in the Gathering Room. Child Care is provided and the public is welcome at all events.

The relocation of Japanese-Americans into internment camps during World War II has been described as “one of the most flagrant violations of civil liberties in American history.” Japanese Americans were interned simply based on their race while German Americans and Italian Americans were not interned except for specific reasons.

From the beginning, Quakers were active in helping Japanese Americans who were imprisoned, including Chiyo’s parents.

In spite of these unjust internments, 3,600 Japanese-Americans from the camps volunteered for the US armed forces, joining 22,000 others of Japanese descent who joined the armed forces while living in Hawaii outside the “relocation zone.”

And, as is now well-known, the famous all-Japanese 442nd Regimental Combat Team won numerous decorations for its deeds in Italy and Germany. In March 1946 the last internment camp was closed, and in 1948 a law was passed providing for reimbursement for property losses by those interned.

Chiyo will discuss the “internment” and the attitudes that allowed this violation of American ideals to occur.

Chiyo Moriuchi, a lifelong Quaker, is a consultant, entrepreneur and founder of CommonGood Partners. She is a former board member of the Nisei Student Relocation Commemorative Fund which was established to tell the story of the Japanese American experience.

She is currently on the Boards of George School, Medford Leas (a continuing care community in Medford, NJ) and the Thomas Scattergood Behavioral Health Foundation.